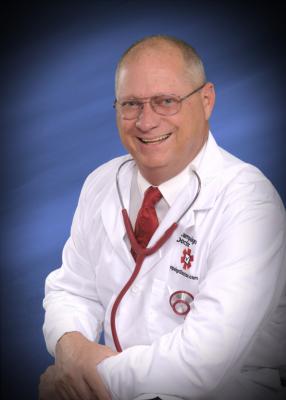 My name is Chuck Muth and I’m known as “The Campaign Doctor.” Yes, I’ve given myself that illustrious name – which is driving some in the medical profession absolutely bonkers!

I’m the son of a Baltimore City firefighter and stay-at-home mom.  My dad went to night-school to get his college degree… then served four years in the Maryland House of Delegates.  And my kid brother once worked for a U.S. congressman. So politics runs in the family.

I’m also the president of a non-profit grassroots lobbying organization called Citizen Outreach  –  which nine years ago I took from zero to over $1 million in revenue in less than 18 months!

Oh, and I’ve been blogging since long before the term “blogging” was even invented.

Muth’s Truths is the #1 conservative political/public policy blog in Nevada.  And Citizen Outreach’s Nevada News & Views newsblog is the #1 portal for other conservative bloggers, commentators, columnists and citizen journalists in the state.

I actually got my start in politics way back in 1992 when I joined the local Republican Party central committee in Las Vegas.

Three years later – despite not even knowing what Robert’s Rules of Order were, let alone how to follow them!  –  I managed to be at the right place at the right time and accidentally got myself elected chairman. But I knew my limitations.

Over the years I’ve been published, featured or quoted in national publications and appeared on network affiliates such as…

But I knew my limitations.

CMC was an intense weeklong school starting at breakfast and running well into every evening.  We’re talking 7:30 a.m. until 10:00 p.m. – plus homework!

We were taught by some of the best in the business back then, including: Barry Hutchinson, Terry Cooper, Dave Winston, Bill McInturff, Bill Greener, Dan Hazelwood, Shelly Kamins, Mary Heitman, Jack St. Martin and Evelyn McPhail.

All topped off on the final day with a series of political “war games.”

And by the time I left Washington and flew back to Nevada, I knew exactly what I wanted to do…

But it’s one thing to learn about running a campaign from a textbook or training manual; it’s another thing altogether to learn from actually doing it.

So a couple weeks after returning home, I agreed to run for the state Senate against the Democrat Minority Leader in a district with a 3-1 Democrat voter registration advantage.

Now, I knew from Day One that I didn’t have a prayer unless my opponent got indicted or died (neither of which happened). But for me, the motivation wasn’t so much to win as to get the practical experience that would give me the “moral authority” to stand before a bunch of inexperienced candidates and teach them what they should be doing.

Indeed, I know where you are… because I’ve been there, done that!

To make a long story short, as expected, I lost in November.

Immediately after, however, I began traveling around Nevada doing campaign training seminars for local candidates and party activists based on what I’d learned at the Campaign Management College.

Eventually I began traveling around the country doing training seminars for the Republican National Committee, GOPAC and the Leadership Institute, as well as many on my own.